“Merry Stressmas!” It should come as no surprise to learn that the holiday season (November through December) is often considered the sixth most stressful life event. Of people surveyed in a national study, 65% admitted to being anxious during the holidays, and 45% would rather skip it altogether. What can we do when the “most wonderful time of the year” is anything but? Brain expert, Dr. Rob Winningham, weighs in with some valuable tips for staying calm during the busy season and preserving memories in the process…* 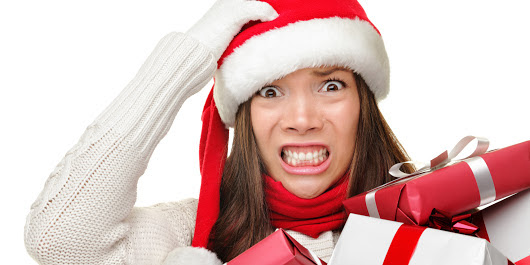 While a small amount of stress can actually make us pay attention, motivate us to take care of things, and maybe even help us make new memories, a lot of stress can have a negative impact on memory and our health.  In the short term, being too stressed about something can cause us to not pay attention to what we are supposed to be doing.

For example, if someone is late for a holiday dinner and they are rushing to try to get out of the house, they may become overly stressed thinking about the repercussions of being late and might not pay attention to whether they have their wallet with them. The act of thinking about the stressful situation leaves less mental room to think about other things, which can “dumb us down” in the short run. In the long run, there is evidence that people who are chronically stressed are more likely to develop dementia. Evidence also suggests that high levels of chronic stress can damage neurons in our brains, particularly neurons in the hippocampus, where new memories are made. Stress also increases the chance of developing depression, which in turn can impair memory performance.

What should someone do if they want to reduce their stress? First, they should get more physical exercise, which can alleviate anxiety and give a sense of wellbeing.  Second, they can try to reduce the stressors.  For example, if getting stuck in traffic and being late is a constant stressor for someone then that person should simply leave earlier.  Here are some other ways to reduce stress: