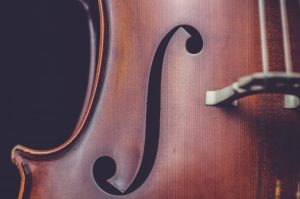 By engaging in stimulating cognitive exercises, you can learn, train, and improve your processing speed, thus slowing the cognitive effects of aging. Remember, the more neural circuits we use, the stronger they become. A recent study concluded that overlapping cognitive tasks with background music taps into the declarative memory (memory of facts and events) and increases processing speed in older adults.

In one study, researchers administered various timed recall tests to a group of 65 older adults who had no musical training. The researchers played two pieces that have been proven to induce both high and low levels of arousal: Mozart’s Eine Kleine Nachtmusik (positive background music with fast tempo and major mode) and Mahler’s 5th symphony Adagietto (negative background music with slow tempo and minor mode) during these brief testing procedures.

Results showed there was a significant gain in declarative memory for those who listened to both pieces of music. Findings also included that listening to the Mozart piece, or positive upbeat music, can drastically increase processing speed in older adults.