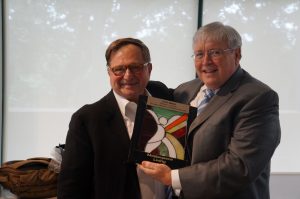 The Robert L. Kahn award was established in 2008 to recognize exceptional contributions to the propagation and application of principles of successful aging. Recipients of the Kahn award are leaders in shaping societal views of aging, identifying and tapping the unique human potential of older adults and contributing to the cultural transformation of the aging field.

Robert L. Kahn award recipients have demonstrated a personal devotion to aging successfully and a professional commitment to leading a movement of change in the United States which ultimately results in an increased quality of life for every older adult. A life-long passion for older adults and the unique ability to lead the charge to change aging in our country are key attributes of a Robert L. Kahn award recipient. 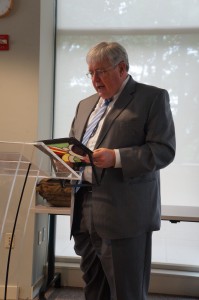 Masterpiece Living is proud to present the Kahn Award this year to Larry Minnix. His unyielding commitment to enhancing the aging services field have been evident throughout his career. The re-branding of AAHSA to LeadingAge is one of the major milestones of the paradigm change made in the non-profit aging services field. These branding changes powerfully permeated throughout the industry, shifting the focus to quality improvement, technology, research application and innovation. Larry’s combined background on the front lines of senior services and in ministry have created a powerful force in changing the aging experience in the United States.

Larry’s colleagues describe him as a tireless advocate for seniors, a gregarious personality dedicated to encouraging people to do great things and a champion of human-achievement.