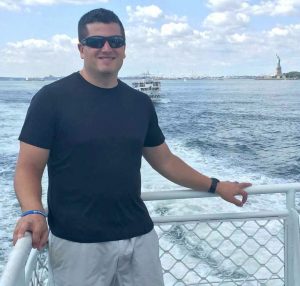 “You realize how valuable Masterpiece Living is when it begins popping up in everyday conversation,” Ryan Knisely, Independent Living Sales Director at Quincy Village (a MPL partner and Presbyterian Senior Living community) told us. “I can be out socializing with friends after work and – invariably – someone will make a remark that inspires me to bring successful aging into the discussion.”

Ryan, who has worked at Quincy Village since 2012, has not only noticed changes in the residents at his community, but considers MPL responsible for dramatically changing his own life as well.

“While I’ve always been active, I knew I could do better. I’d work out well, but eat poorly. It was at the 2015 Lyceum where I noticed how other people were changing their lives, and I became really motivated to do the same.” He reconnected with his athletic past and got back into exercising daily, and running three to four miles every other day. “I didn’t want to be the person who says ‘it can’t be done’ and run into health problems later in life.” To stay motivated, he’s signed up for 5K races through the winter, including a Zombie Fun Run, Jingle Bell Run, and an upcoming Runner’s World 5K (in which he’s participating with team members and residents from three different PSL communities).

But MPL has affected more than just his physical health. Socially, he’s connected with other health-minded people and developed new friendships in the process. He’s begun planning for his retirement some three decades down the road, and he challenges himself to stay intellectually sharp by being a lifelong learner. To those he meets, you’ll hear him say, “There’s no time like the present.”